Due to the U.S. agricultural system’s founding on land stolen from Indigenous people and reliance on the labor of enslaved Africans, environmental resources and burdens — as well as the power to make decisions about the environment — continue to be unequally distributed across communities.

The Food Project seeks to protect the environment and build power in communities where meat megacorporations externalize and concentrate the negative impacts of industrial animal agriculture — often in communities of color. We do this work in collaboration with the communities most directly impacted by the industry’s pollution.

In traditional farming, manure produced by animals serves as fertilizer for their feed. Because industrial animal agriculture concentrates thousands of animals into as little land as possible, it produces an excess of manure that is then mismanaged in ways that pollute the surrounding land, water, and air. Just one industrial-sized hog facility can produce more waste than the entire city of Philadelphia does over the course of a year.

Unlike human waste, animal waste from industrial facilities is not treated. With more manure than can be spread on neighboring fields, manure is stored in enormous open pits commonly referred to as “lagoons.” Waste lagoons housing manure in massive quantities present consistent environmental threats.  Manure from these lagoons can overflow during hurricanes and flooding, seep into the ground, and contaminate local groundwater – often the only source of water for rural communities. In some areas, waste is sprayed onto fields, resulting in odors, flies, and dangerous chemicals in the air community members breathe. In the Yakima Valley Dairy cases, the Court found that manure from livestock facilities should be regulated as solid and hazardous waste. 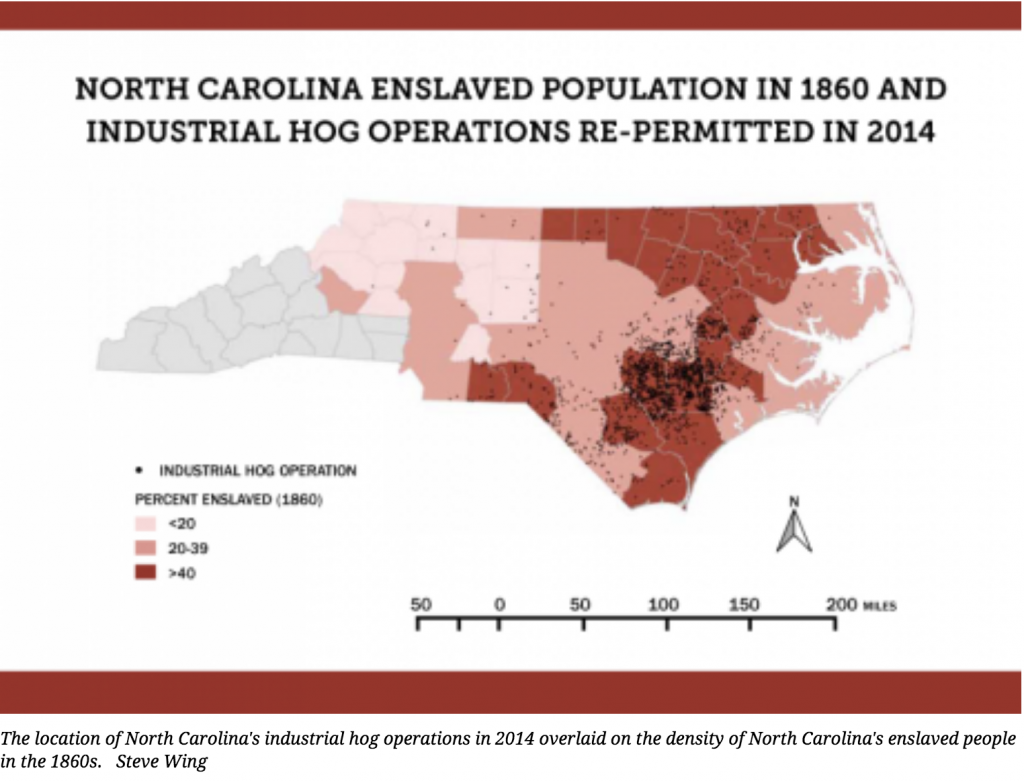 Corporations intentionally select communities with little political power to place their industrial facilities, knowing local residents will have little ability to challenge their extractive actions. Not coincidentally, this leads to a disproportionate negative impact on communities of color. In fact, studies show significant overlap between land previously occupied by enslaved Black workers and now taken over by industrial agriculture.

Groups like the North Carolina Environmental Justice Network and Rural Empowerment Association for Community Help organize Black residents of environmental justice communities to resist corporate agriculture in their state through citizen science and education, civic engagement, and legal action when necessary, as in the litigation against Smithfield Foods in North Carolina brought by Public Justice board member Mona Lisa Wallace. Learn more about the Principles of Environmental Justice. 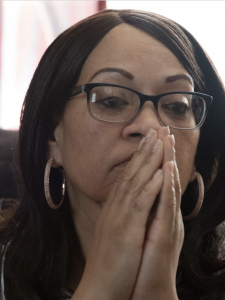 In some cases, we see these issues in communities of color further exacerbated by delays or the outright refusal to remedy the same conditions in Black communities that get addressed in more affluent, predominantly white communities.

In Delaware, when one town was found to have contaminated drinking water, the Delaware National Guard was mobilized immediately to notify residents and ensure access to clean water.

Less than 20 miles away in Millsboro, DE, community members learned that the nearby Mountaire Farms chicken processing plant had been spraying highly contaminated waste on fields and failing to maintain safe water. Nitrites from industrial animal agriculture contamination can cause or exacerbate health issues, particularly in infants, causing community members to ask whether birth defects and other health problems could be related to Mountaire’s pollution.

It took several months of community organizing and the threat of a lawsuit to secure access to clean water and commitments from Mountaire.

The difference? Millsboro is an unincorporated community with no local political representation, and contains a large Black population living in poverty.

Industrial agriculture is the number one cause of water pollution and among the top drivers of climate change. In fact, food production today is responsible for nearly a quarter of the world’s greenhouse gas emissions.

However, the government gives industrial agriculture a free pass to pollute. The same environmental regulations that protect communities from other industries’ climate pollution do not apply to agriculture. For example, when the Biden administration announced its plan to comply with the Global Methane Pledge’s goal of reducing methane pollution by 30% by 2030, it included oil, gas, and landfills. On the subject of agriculture, though, the White House failed to take serious action and instead called for the voluntary adoption of so-called ‘climate smart’ farm practices, like factory farm gas.

Instead of curtailing pollution at the source, the government wants to subsidize industry tech-fixes that only make the problem worse – for the climate and impacted communities alike. Factory farm gas traps methane emissions from animal manure to sell as energy, creating yet another revenue stream for factory farms. If you pay polluters for their pollution, they’re going to pollute more. In this way, factory farm gas encourages the expansion of factory farms, increasing greenhouse gas emissions and leaving low-income, rural, and Black and brown communities living beside factory farms to deal with more manure in their air and waterways.

How We Make Change

Holding corporations accountable and building power with environmental justice communities — those that most directly experience the concentrated impacts of systemic corporate extraction — strengthens the power of all communities to protect our air and water against industrial agriculture.

Learn more about our work on clean air and water.