In the past 25 years, the food system in the United States has undergone a fundamental shift as industrial systems have overtaken independent farmers and ranchers and a handful of companies have consolidated an unprecedented amount of power. These companies rely on factory production methods and, concerned solely with their own bottom-lines, pump out their products with no regard for the harms they cause to our climate and water, public health, the animals they raise, their workers and neighbors, and rural economies. Help us fight for a better food system by signing up for our action alerts now. 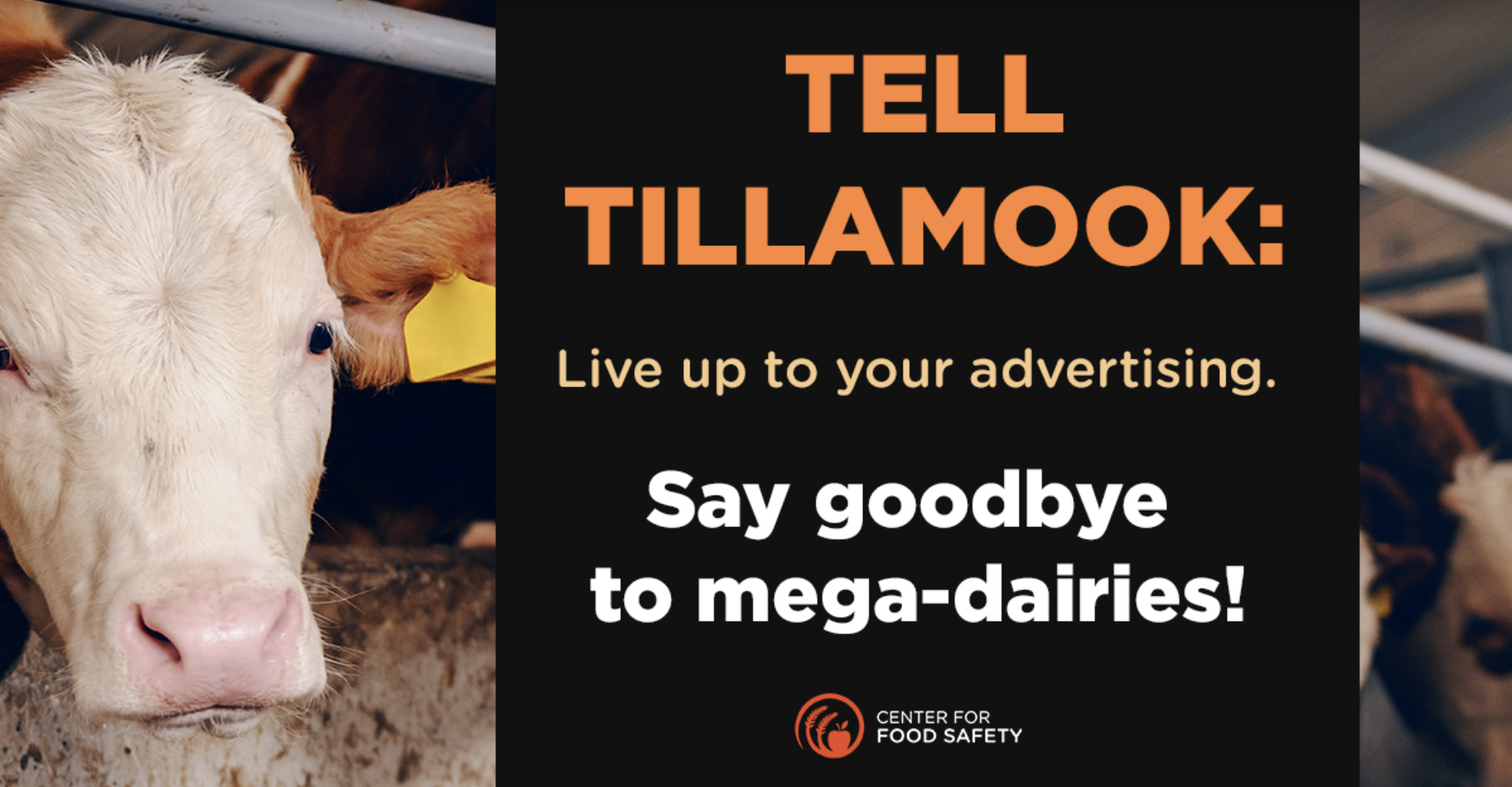 Tillamook has charmed consumers with advertising about the source of their milk: family farms in Tillamook county, raising cows humanely on pasture, letting them roam free on rolling green hills.

In reality, the majority of the milk that goes into Tillamook dairy products, including the signature cheddar cheeses, comes from the nation’s largest industrial confinement mega-dairy in Eastern Oregon – quintessential “Big Food.”

That’s why we demand that Tillamook live up to its own claims and say goodbye to mega-dairies. This means sourcing from Oregon family farmers who raise animals humanely and sustainably on pasture, not mega-dairies that pollute surrounding communities and our special places, and contribute to climate change.

Learn more about the truth of Tillamook and sign the petition at www.cfs.center/dumpdirtydairy.

HELP US FIGHT FOR A JUST FOOD SYSTEM.

Sign up today for exclusive updates on our work and how you can make a difference.

Fight for sustainable farms and a just food system